Franck Putelat began his career at the age of only 17 when he was hired at the kitchens of the Hôtel de France in Les Rousses. Since then, he has followed a steady ascent, going from the Auberge de Chavannes, Taillevent, to Georges Blanc’s restaurant at Vonnas, where he was Executive Chef. This career path has also allowed him to take part in various promotional activities around the world, from New York to Singapore, Peru, Canada and elsewhere. 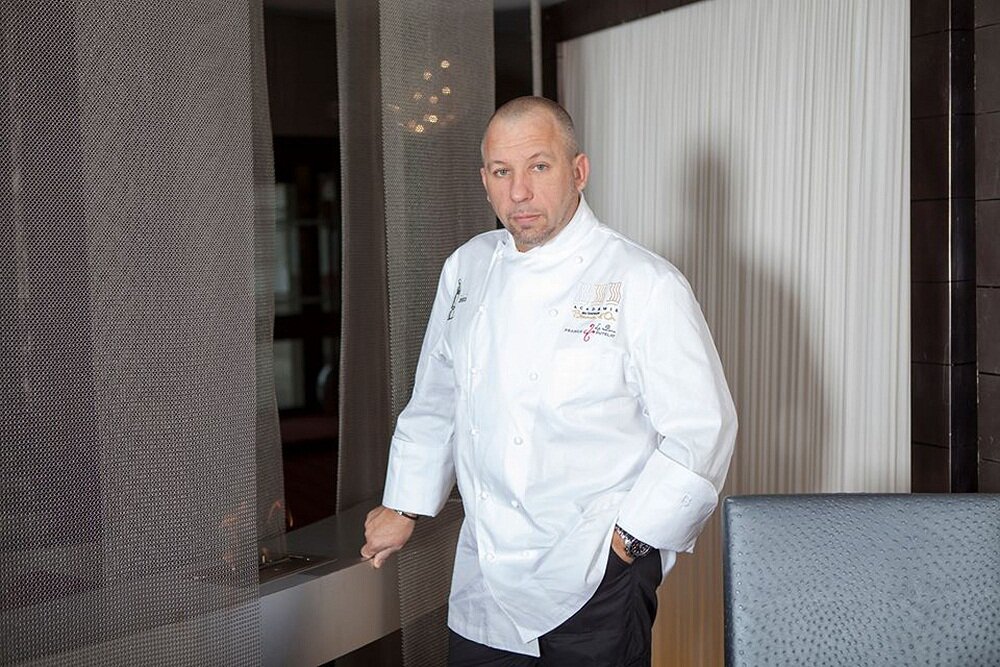 In 1998, he took over La Barbacane restaurant in Carcassonne, France. After earning a first Michelin star there, he then won a Bocuse d’Argent at the 2003 edition of the internationally prestigious cooking event, which raised him to the highest levels of the culinary world and allowed him to continue his discovery of other culinary cultures through travelling.

In 2005, he opened his own hotel & restaurant, Hôtel Restaurant Le Parc. La Table de Franck Putelat, gastronomic restaurant with 2 Michelin stars, has been a haven for his creative gastronomy and he was awarded his second Michelin star in 2012.