Opened just a week ago, MahaNakohn is said to be the largest luxury lifestyle and retail center in Bangkok. Within various newcomer restaurants open up at this trendy space, L’Atelier de Joël Robuchon, restaurant by the world’s most decorated Michelin star chef, is surely a star among all. 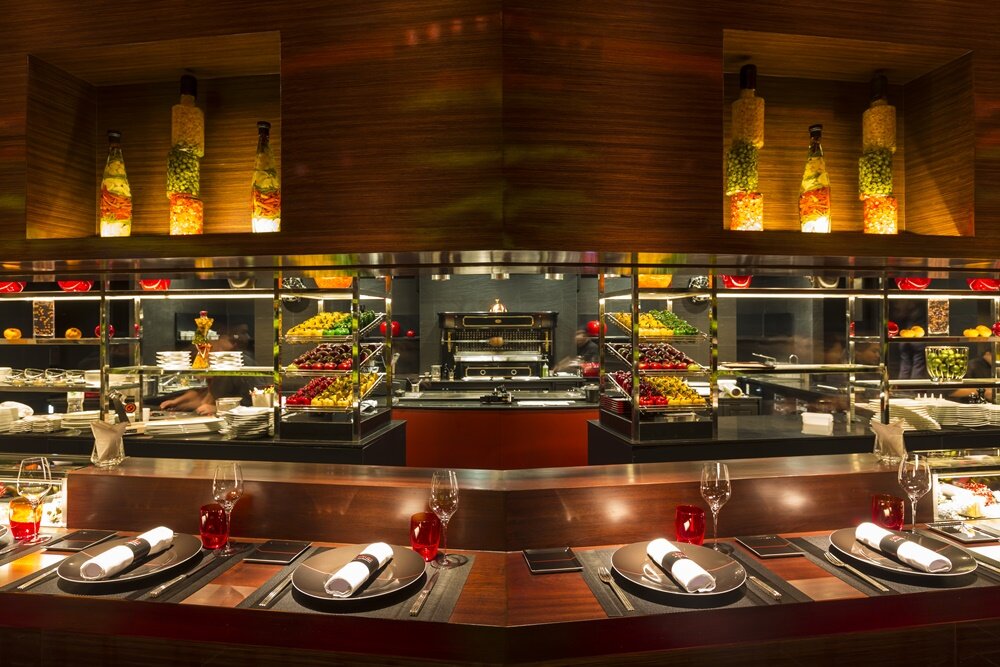 L’Atelier de Joël Robuchon is one of the world’s most famous French restaurants renowned for its Michelin star quality of food, service, and atmosphere and which is faithful to the principles of its talented founder world-class Mr. Joël Robuchon.  L’Atelier de Joël Robuchon in Thailand is the 9th worldwide.  Promising to please the palate of those familiar with Joël Robuchon’s recipes, the restaurant is open daily on the 5th floor of MahaNakhon CUBE in the MahaNakhon development.  MahaNakhon CUBE has been positioned as a hub for ‘Bangkok’s Best Dining Experiences’ as it houses leading brands of premium restaurants while complementing MahaNakhon as Thailand’s tallest and most distinguished landmark. 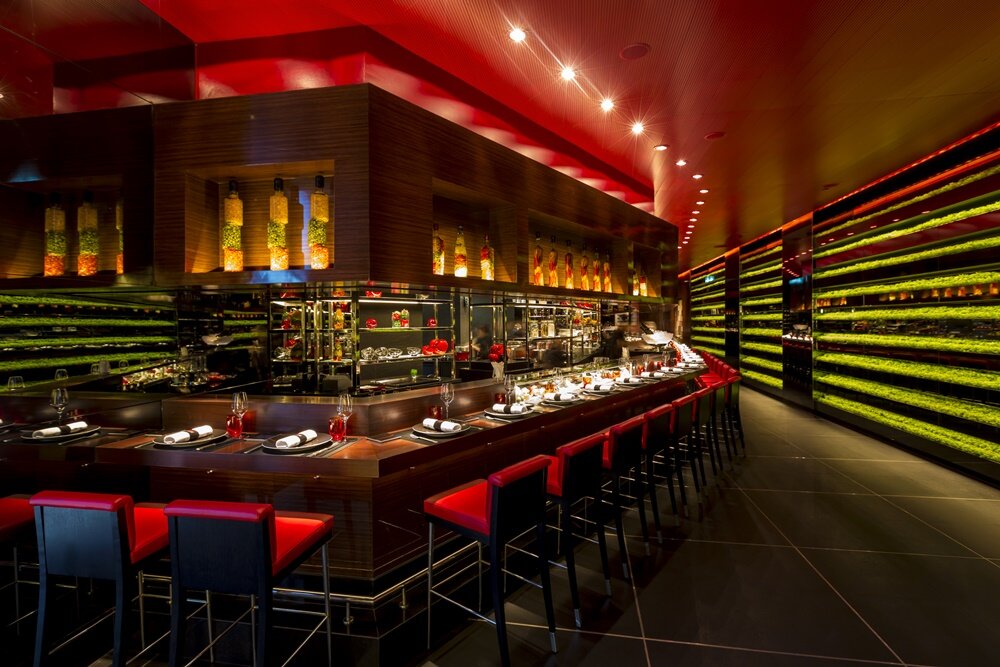 L’Atelier de Joël Robuchon offers French cuisine pursues high quality and style, without seeking to correspond to the traditional formality often associated with a Michelin-star level restaurant.  Featuring an extensive wine selection, L’Atelier provides an exquisite menu offering with the possibility to order either a single dish accompanied by a glass of wine or multiple courses providing a selection of carefully chosen dishes.

Joël Robuchon has been recognized by his industry peers as “Chef of the Century” in 1990, “Chef of the Year” in 1987 and “Meilleur Ouvrier de France” in 1976.  He is currently holding the highest number of ratings in the world with 25 Michelin stars, including four 3-star restaurants in Las Vegas, Macau, Tokyo and Hong Kong. 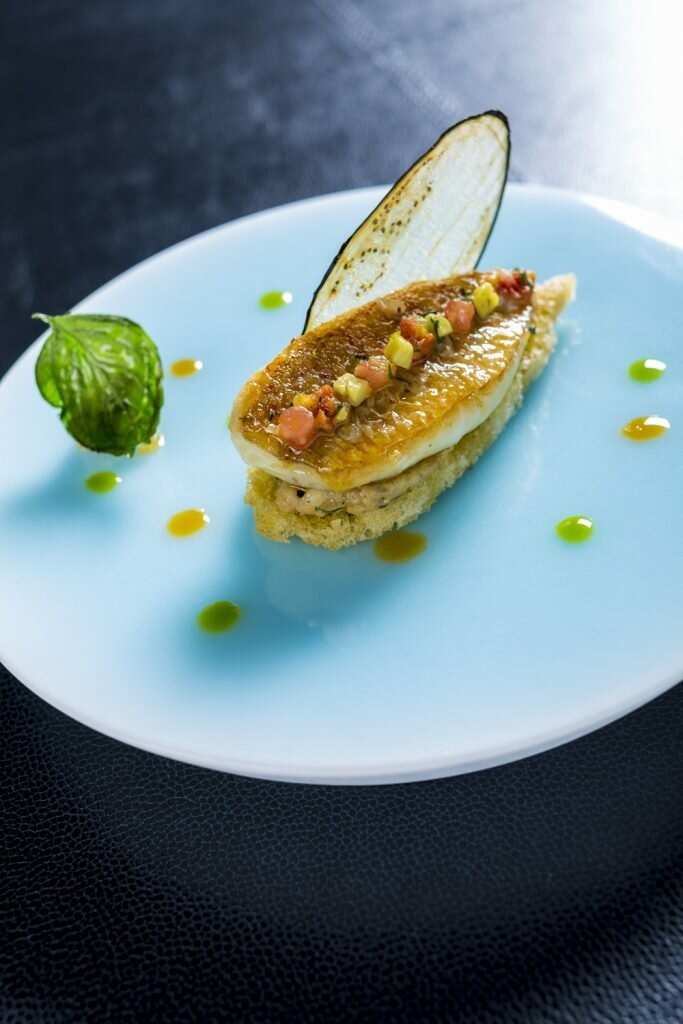 The concept is to create a high level of interaction between chefs and diners, encouraging the chefs to better their craft.  The atmosphere of conviviality lets diners relax, be liberated and enjoy, seated around the ‘open kitchen’ watching as chefs experiment and create, working on new ideas and fusing different concepts in front of them 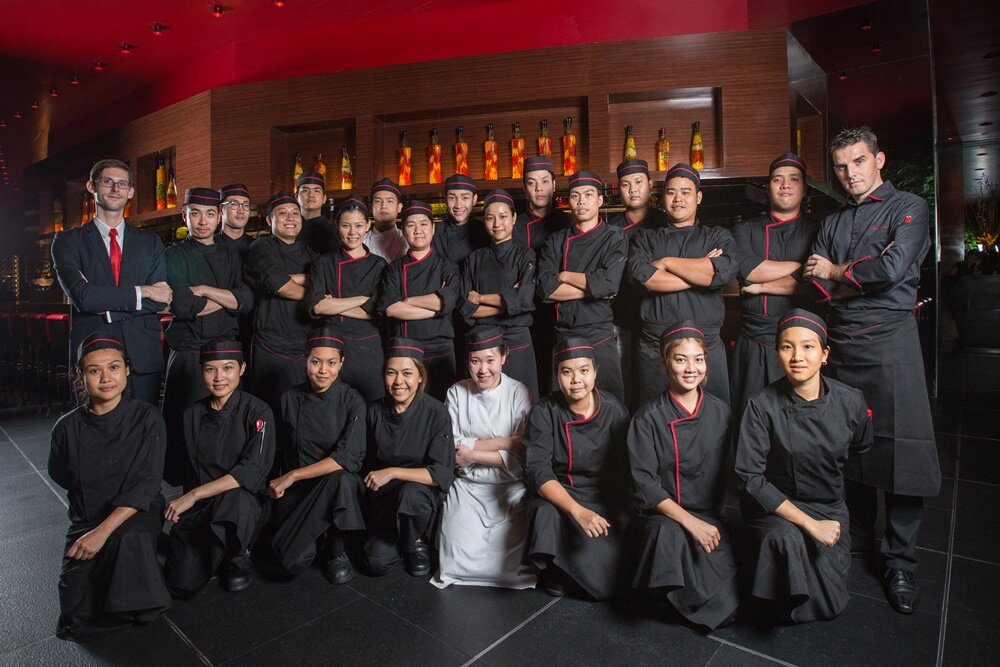 Drawing inspiration from the simplicity of Japanese cuisine and the vibrant atmosphere in Spanish tapas bars, the ‘Atelier’ concept, meaning ‘Workshop’, was born.  This concept has convinced me that its informality and conviviality, where you can have just one dish or a whole meal, is the way people want to dine today.  In addition, you have the theatrical aspect, of being able to watch the food prepared. 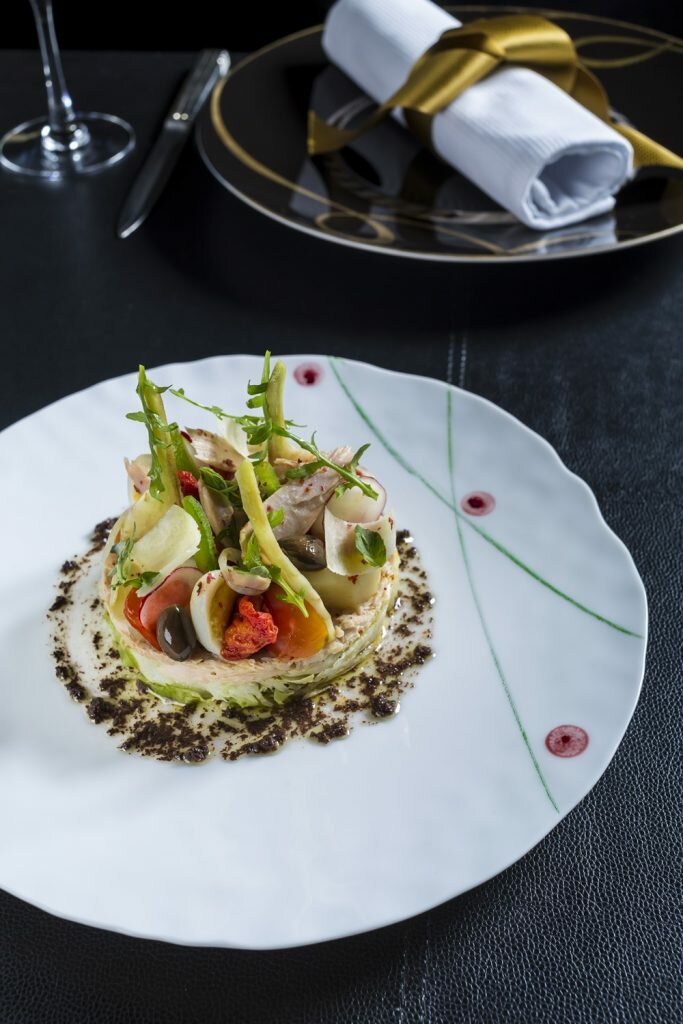 The decor of the restaurant has been designed by world-renowned designer Pierre-Yves Rochon and emphasizes on red and black graphic colours.  L’Atelier de Joël Robuchon Bangkok is divided into two areas – L’Atelier and La Terrace.  The seats of L’Atelier area are organized around an open kitchen where chefs prepare dishes in front of customers seated at a counter on a high bar.  La Terrace offers a more traditional dining area along with two private’s rooms for diners that prefer a calm and relaxed environment. 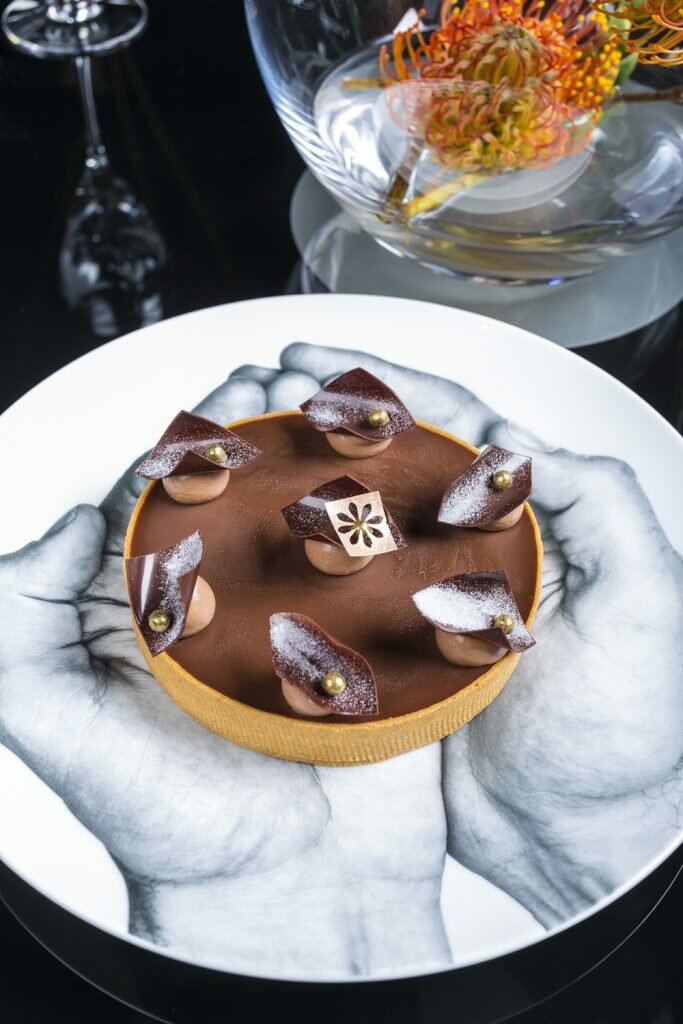