Fusion cuisine blends the culinary traditions of two or more nations to create innovative and sometimes quite interesting dishes. It tends to be more common in culturally diverse and metropolitan areas, where there is a wider audience for such food. Some common examples include Pacific Rim cuisine and Tex-Mex food. Critics of the practice sometimes call it “confusion cuisine,” arguing that chefs rely on novelty to carry the food, rather than flavor, texture, and presentation. 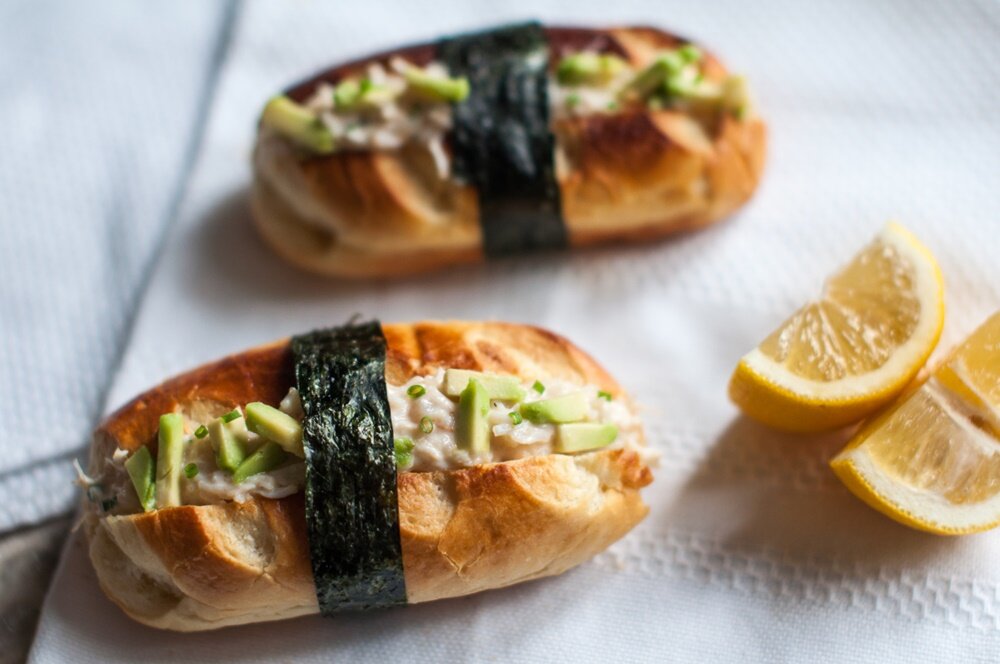 The roots of fusion cuisine are probably ancient since humans have been exchanging culinary heritage for centuries, but the concept became popularized in the 1970s. Several French chefs began to offer foods that combined traditional French food with Asian cuisine, especially foods from Vietnam and China. The concept quickly spread to other major European cities, along with the American coasts. 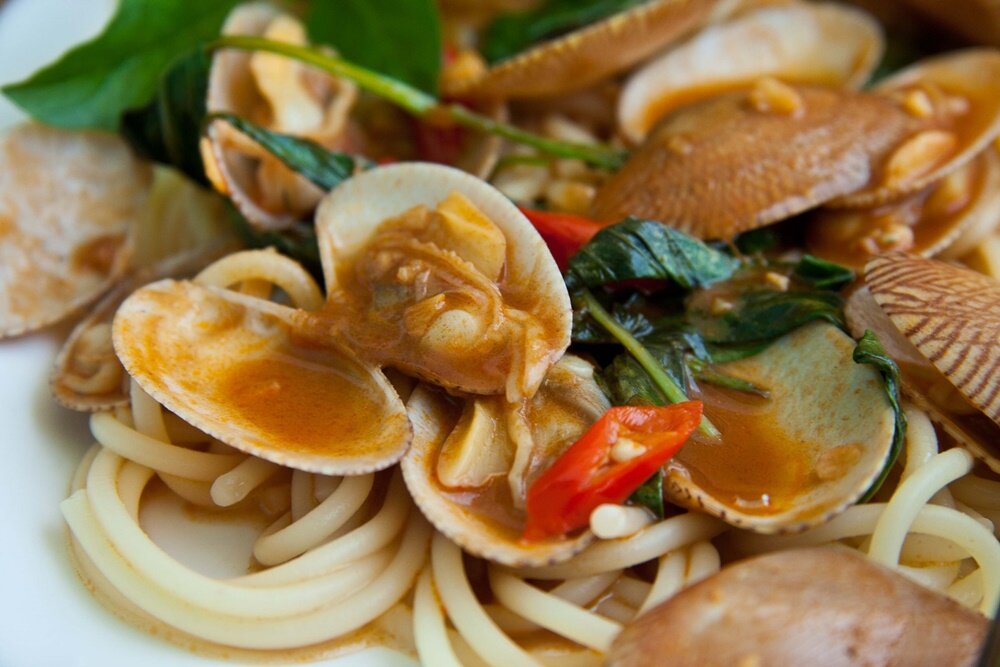 “When cultures mix, fusion is inevitable,” adds Corinne Trang, author of Food Lovers Vietnamese: A Culinary Journey of Discovery. As the hold of imperialism started to fall in the 19th and 20th centuries, a unique idea of nationalism began to take its place. As fledgling provinces struggled to prove their national might on an international scale, countries often adopted a national dish much like they adopted a flag or national anthem. Generally, dishes that were adopted as representations of a country’s “national” culture truly represented an area’s culturally diverse history. Take some of these dishes below as examples of “signature” dishes whose origins exemplify the blending of cultures into a classic fusion dish. 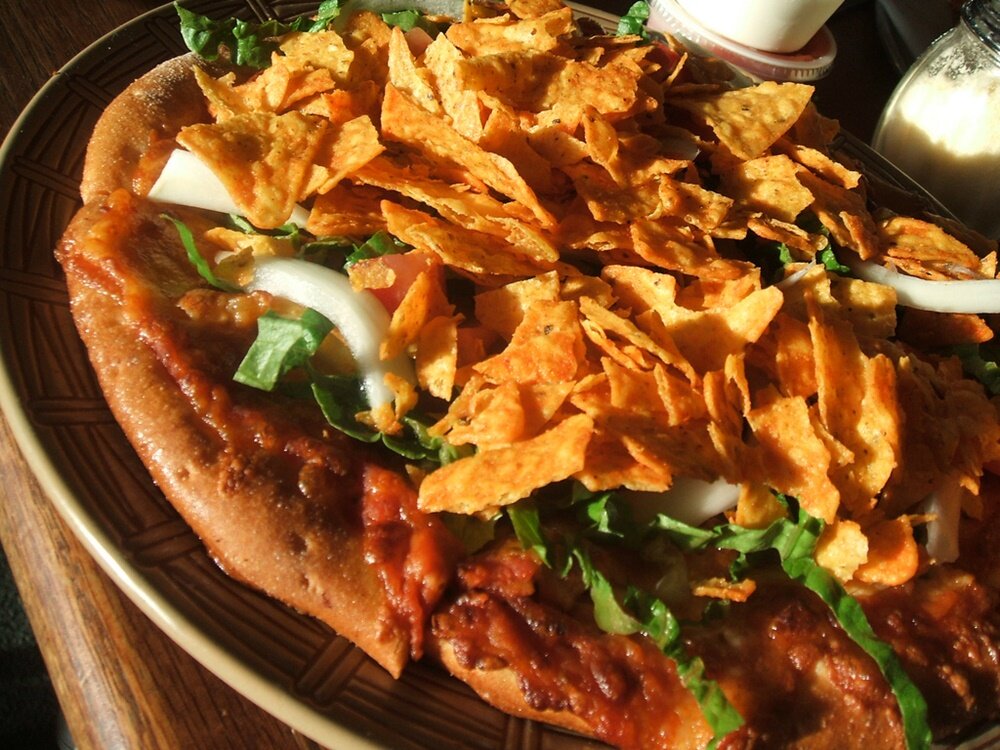 1.Bánh Mì: A typical Vietnamese street food, the bánh mì (specifically, the bánh mì thit) combines crunchy, salty and spicy notes to the delight of sandwich lovers everywhere. This typical Vietnamese sandwich represents a prime example of fusion food. A traditional bánh mì is made up of meat (often pâté), pickled vegetables, chilies, and cilantro, served on a baguette. From the pâté to the mayonnaise, the influence of French colonialism here is clear as day. Held together by the crucial French baguette, the typically Vietnamese sandwich speaks of Vietnam’s colonial past. 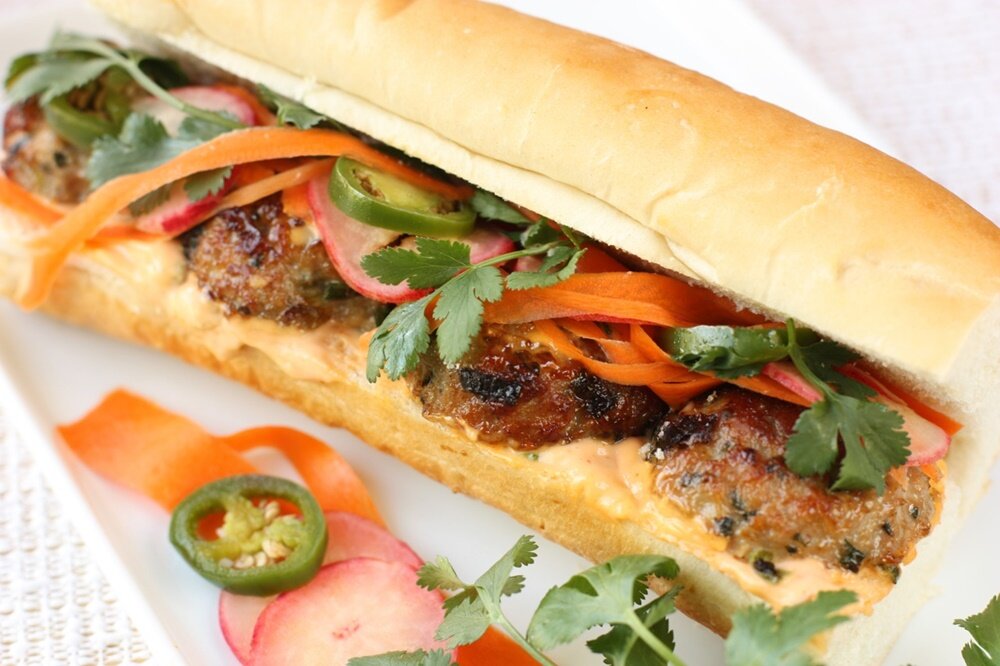 2.Jamaican Patty:One of the most popular Jamaican foods, the patty, is similar in idea to an empanada (a dish which also has cross-cultural origins in itself): pastry encases a meaty filling animated with herbs and spices indigenous to Jamaican cuisine. But the snack dubbed “essential to Jamaican life” isn’t entirely Jamaican; instead, it is a fusion product of colonialism and migration, combining the English turnover with East Indian spices, African heat (from cayenne pepper) and the Jamaican Scotch Bonnet pepper. While the patty might be giving the Chinese noodle a run for its money in terms of late-night street food, its complex culinary history is much less rough-and-tumble. 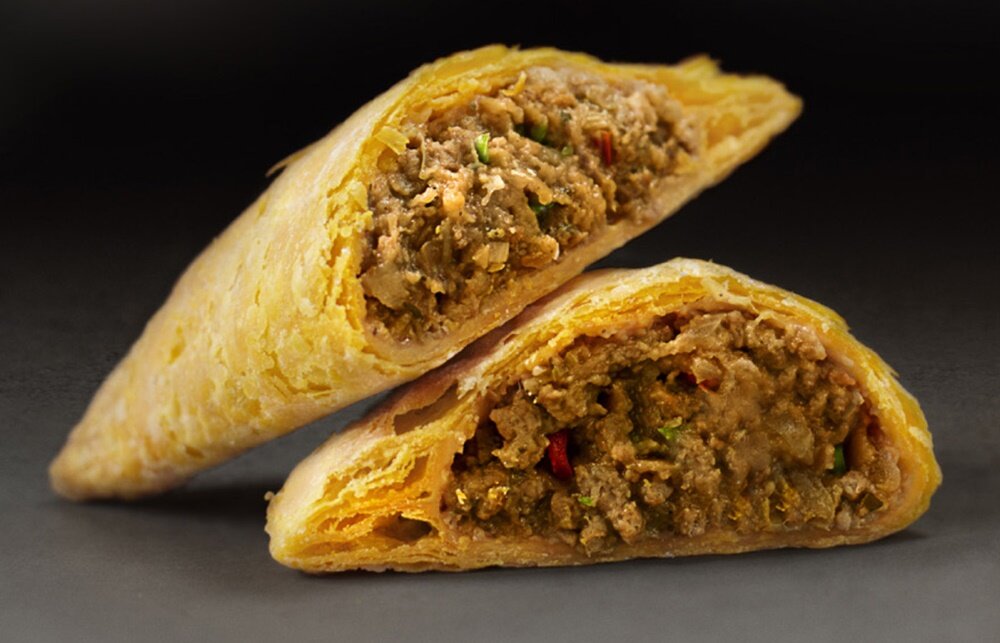 3. Vindaloo curry is an omnipresent staple in any Indian restaurant’s repertoire, but what no Indian school teaches in history classes is that vindaloo is actually a blending of Portuguese and Goan cuisine. Goa, India’s smallest state, was under Portuguese rule for 450 years. The name itself is a derivative of the Portuguese vinho (wine vinegar) and ahlo (garlic), two ingredients that give the curry its unique taste. The dish is a replication of the traditional Portuguese stew Carne de Vinha d’Alhos, which was traditionally a water-based stew. 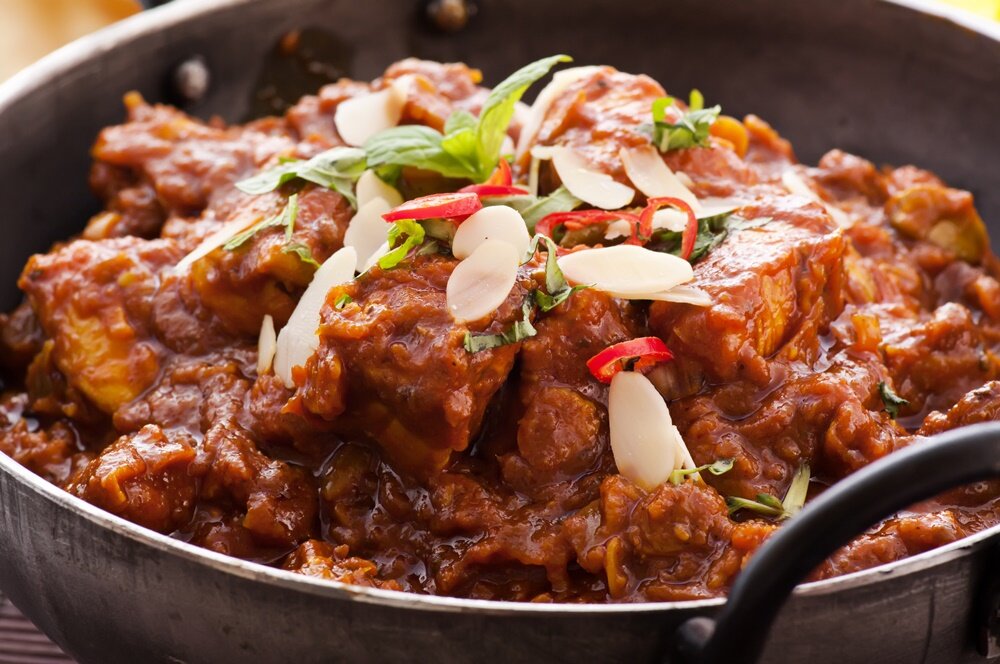 4. Ramen The fluorescent-orange, plump white or clear broth of ramen noodles is a distinctive element of the Japanese culinary scene. The real dish, however, remains one dish that claims roots from a traditional Chinese noodle—saltier, chewier and more yellow due to the technique of adding alkali to salty water during the cooking process—and created a dish known as Shina soba, literally “Chinese noodle.” The name for the dish gradually tempered with time (Shina is a particularly pejorative way to describe something as Chinese) and came to be known as ramen, but its imperial history remains. 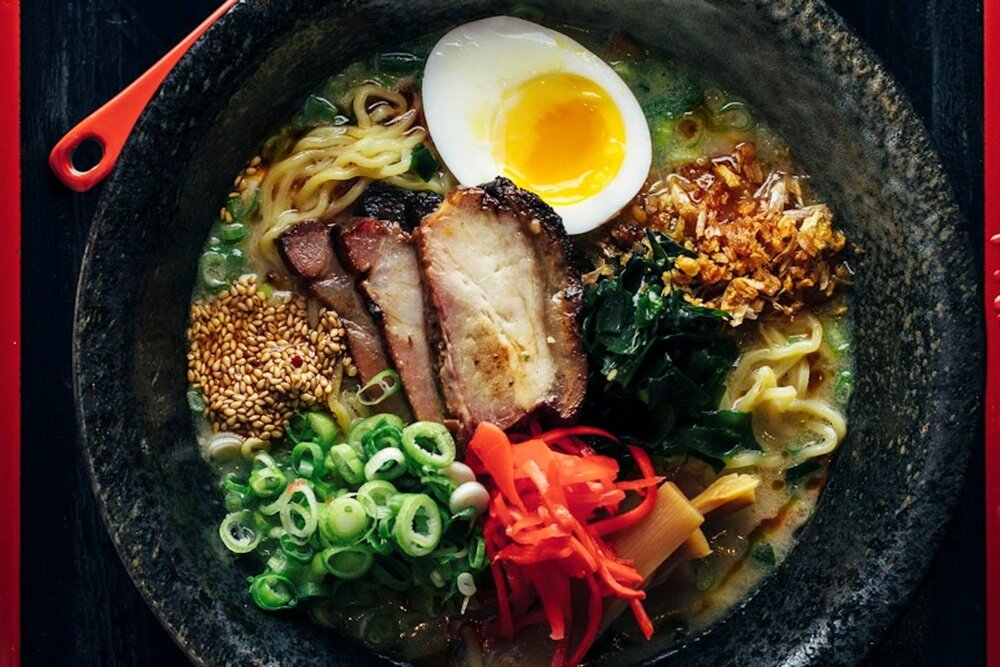 5. California roll The California roll is a classic example of “American sushi”, early fusion cuisine incorporating new ingredients into traditional Asian recipes. The actual origin of this item is fuzzy at best, because, like so many other popular dishes, the California roll has evolved. One survey of historic USA newspapers confirms California roll-type dishes first surfaced in Los Angeles sometime in the early 1970s. These items were referenced under several names, with rare actual descriptions of these early prototypes. Those that exist confirm they did not include avocado, crab or mayonnaise. 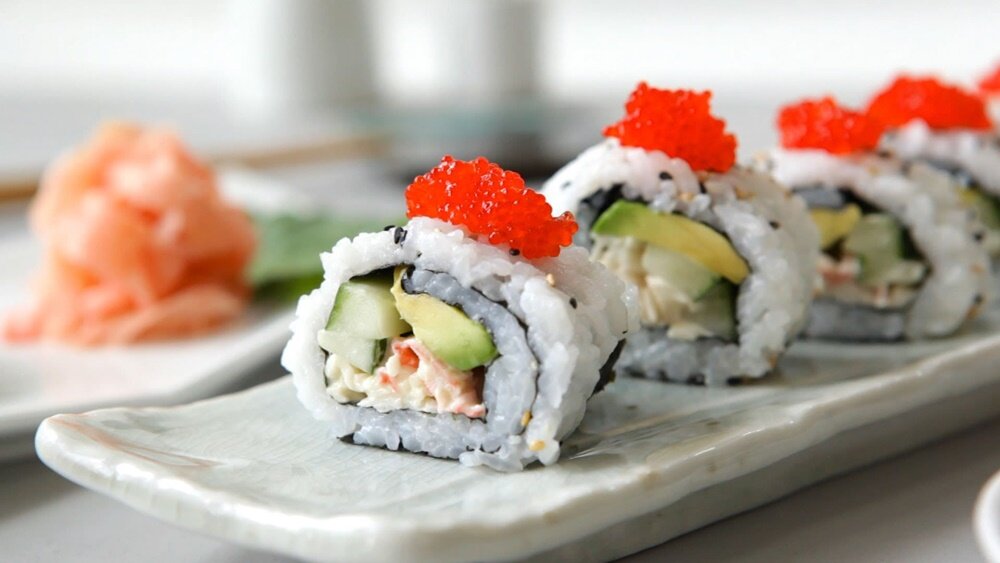