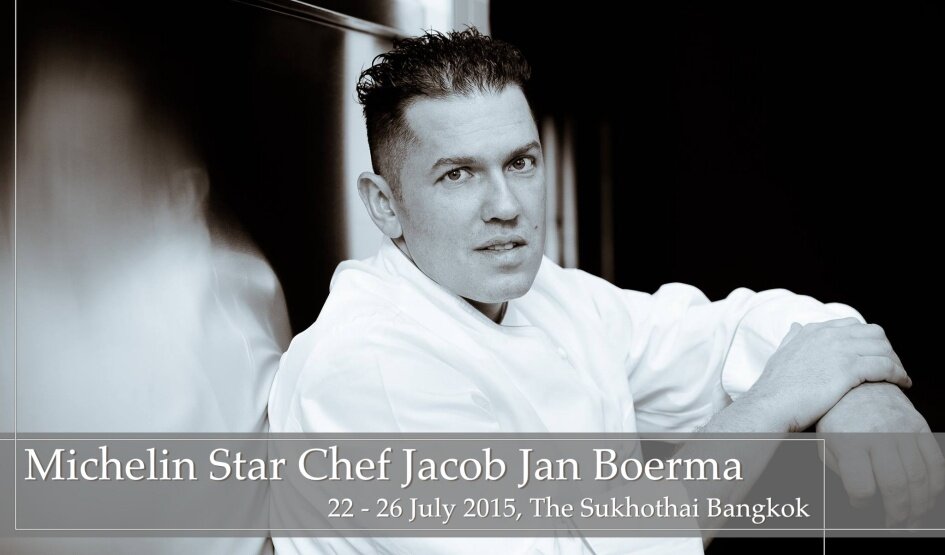 The truly phenomenal 3-Michelin Star Chef Jacob Jan Boerma, head chef and owner of De Leest restaurant in Vaassen, the Netherlands will bring his avant-garde culinary expertise to La Scala and Sunday Brunch at Colonnade, The Sukhothai Bangkok from 22 – 26 July 2015.

Having graduated from Stichting Vakopleiding Horeca culinary school, Jacob has been working with many 2 and 3-Michelin Star Chefs across Europe, including Marco Pierre White (UK), Dieter Muller (Germany) and Guy van Cauteren (Belgium), gaining invaluable experience in top restaurants. In the summer of 2002, Jacob and his partner Kim Veldman decided to start their own restaurant “De Leest” paying particular attention to presenting a variety of styles of cuisine from around the world such as Scandinavian, Spanish and Asian, whilst carefully maintaining their Dutch roots. 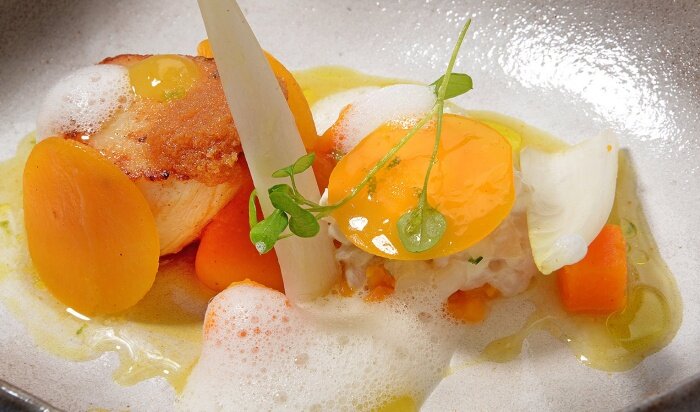 Boerma adheres to his culinary philosophy “do not forget the quality of the product, it is the basis of success”.  He has a passionate interest in the sophisticated flavour of fresh elements and acidity of local ingredients, combined with the latest cooking techniques available. This led him to immense success by gaining his first Michelin star within 6 months, the second star in 2007 and the highest “three stars” in 2013.

His talent is reflected by many reputable awards and honourable recognitions. He has been listed among the 50 best chefs of the world at www.lechef.com, GaultMillau Chef of the Year in 2010 and succeeded in his examination for the title of Master Chef – the highest achievement for a chef at the peak of his craftsmanship. 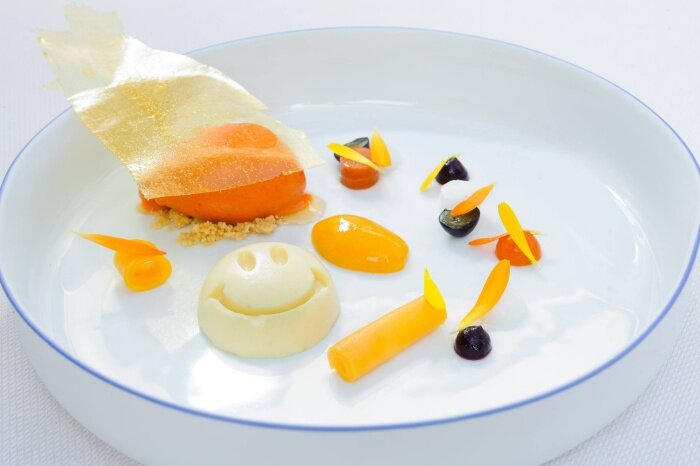 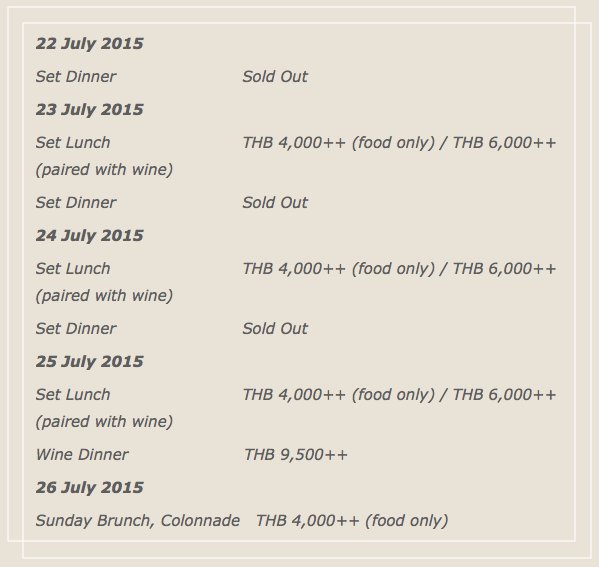 The available table is limited, reserve in advance is highly recommended.